Nothing quite warms the heart like a good Christmas movie. It’s why The Hallmark Channel seemingly produces 67 original Christmas movies every year at this time. A truly great Christmas movie is one you can watch year after year. And it’s why I decided to write this list. My rankings were based on the following criteria:

10 – Polar Express
It’s not nearly as good as those other animated half-hour programs I just mentioned, but The Polar Express does a really nice job of embracing the Christmas spirit.

8 – Miracle on 34th St.
The movie itself is just okay. But this classic gets bonus points because it pioneered the modern-day Christmas movie. A must-watch this time of year.

7 – Home Alone 2
I loved these movies when I was a kid. And after recently going back for a re-watch, I found they remarkably hold up. (Even though #2 goes a little overboard in some areas.)

6 – Love Actually
I’ve never been able to do movies that primarily feature British actors. So I stayed away from this movie for years. But after watching for the first time a couple weeks ago, I found it quite charming and refreshing.

5 – Die Hard
This is one of my 10 favorite movies of all time, and I fully consider it to be a Christmas movie. But even I recognize it lacks some of the “spirit” that these other movies offer.

4 – It’s a Wonderful Life
Great movie and would normally rank higher, but ironically there’s very little “Christmas” in this movie. The movie actually was released in January 1947. It’s not until the final 30 minutes where Christmas even enters the picture.

3 – Elf
This will forever be the Christmas movie of my generation. I remember seeing it in the theater during my senior year of high school. I’m not a huge Wil Ferrell guy, but he played Buddy the Elf to perfection.

2 – Home Alone
This movie simply never gets old. It’s one of the very first movies I remember seeing as a kid. And like I said earlier, it still holds up. It’s both funny and heartwarming.

1 – A Christmas Story
Over the years my appreciation for this movie has grown increasingly stronger. Nothing embraces the excitement of a child leading up to Christmas like this movie. It’s also very amusing. The character I relate to the most is the father… during the whole movie you think he doesn’t give a crap. But in the end, you learn how much he truly cared. It gets me every time. 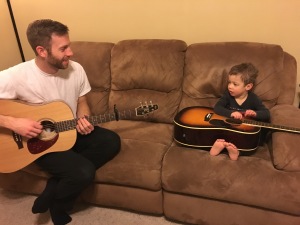